It is a sad day for Workers in Malaysia when on 19th August,  18 workers were terminated by the DRB HICOM companies in Pekan.

52 Groups responded when disciplinary action was commenced against the workers, vide a Joint Statement entitled, "DRB HICOM MUST RESPECT THE CITIZENS’ RIGHT TO PARTICIPATE IN THE DEMOCRATIC PROCESS IN MALAYSIA –Stop disciplinary action against workers for exercising their political rights dated 25/6/2013.

The plea was made to DRB HICOM and also the Prime Minister of Malaysia, also the MP for Pekan. (The PM is yet to respond to our letter)

As it is, public servants's right to participate in peaceful assembly and other political activities are curtailed by the government, their employer. Now, it seems that private sector employers are also trying curtail the rights of their workers...An employer should only have control of their workers during the work-hours, and in matters directly linked to their employment. When employer extends their 'control' over workers with regard their activities outside working hours, and in this case a Union sanctioned activity, it is unacceptable - Will Malaysian workers stand up and fight in the public arena, or would they choose to 'silently' resort to just using the available legal avenues of access to justice or just keep 'silent' as their rights be eroded. Media sadly gives little or no space to worker, union and civil society statements - and likewise, our politicians also 'avoid' taking up worker/union issues.

Below is a report from the Blog LABOUR BULLETIN, which has added graphics to the UNION statement after the workers were terminated. 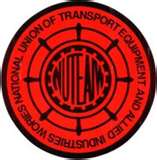 is appalled by the action of DRB Hicom companies, being Hicom Automotive Manufacturing Sdn Bhd and Isuzu Hicom Sdn Bhd in Pekan,

taking disciplinary action against 18 workers who exercised their right as citizens outside working hours.

Pursuant to a decision by the Malaysian Trade Union Congress (MTUC), which was also supported by the NUTEAIW, to extract commitments on worker rights from contesting candidates and political parties, workers went to meet contesting candidates before election day.
On 3/5/2013, these 18 workers submitted the MTUC memorandum

to one of the contesting candidates in the Parliamentary constituency, which also happens to be the constituency that the Prime Minister of Malaysia was contesting. For this, disciplinary action have been initiated by two  DRB HICOM companies in Pekan, after more than 85 days of suspension were terminated on 19th August 2013.
Hicom Automotive Manufacturing Sdn Bhd, which assembles automobiles for
Suzuki,

, issued show cause letters to 16 workers, and speedily proceeded with the Domestic Inquiry on 11th June 2013 and terminated them on 19th Auguste 2013. Likewise,

that assembles automobiles for Isuzu, issued show cause letters to 2 workers and they too has been terminated by the Company on 19th August 2013. The workers were not allowed the right to be represented by representatives of the National Union, only representatives from the work site committee.

We consider this not only a gross violation of worker rights, but a violation of the right of citizens to participate in the democratic process of Malaysia during the 13th General Elections. No employer should have the right to dictate directly or indirectly the political choices, activities and/or actions of their workers, more so outside employment hours. Workers, as citizens, of Malaysia

must have the freedom to join and participate in any political parties, even offer themselves as candidates and involve themselves in campaigning in general elections. Hence the taking of this disciplinary action against workers for things they did in exercise of their rights as citizens in a democracy during the 13th General Elections is an infringement of their rights. The best thing that these DRB Hicom companies can do now is to immediately reinstate these workers without any delay.

The charges levied against the workers are (1) Undermining the image or good name of the company orally, in writing or by action, and (2) Bringing about or trying to bring about any form of influence or outside pressure to submit or support any external claim that is related to service be it an individual claim or claims of other employees.
The employer allegedly is of the position that the participation and action of the said 18 workers,

were contrary to the interest of the company gave the false impression that the company was involved in politics.

If the company fears that there will be a perception that ‘the company was involved in politics’, it is hypocritical given the fact that during campaigning period, on 25/4/2013, the company encouraged workers to go and meet the Barisan Nasional

also the incumbent Prime Minister. Workers were allowed to go for the meeting during working hours. This event was also highlighted in Najib’s 13th General Election

(Dato’ Sri Najib Socialize with DRB-Hicom citizenry). Later that very day women workers were also allowed by the company to meet up with Najib’s wife.

Companies and businesses should never terminate a worker for reasons other than matters that relates to work performance and/or their conduct as a worker save for very exceptional cases like where a worker is convicted for a criminal offence.
These 18 workers have families and children,

and a termination would cause great hardship to their wellbeing and livelihood. Amongst the 18 are also trade union leaders, including also the current chairperson of MTUC Pahang Division 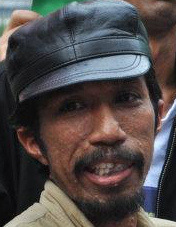 , and as such termination of worker leaders may also be perceived as a ‘union busting’ 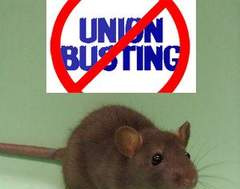 action by these DRB Hicom companies.
We call on DRB Hicom,

being also the Member of Parliament for Pekan, to intervene and ensure that worker and citizen rights of his constituents are not violated by employers.

This press release is prepared and released by: 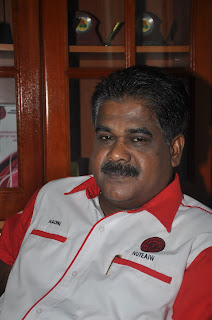